The Federal Reserve is lagging further behind its peers on environmental action according to the latest Green Central Banking Scorecard. The report finds that the US central bank has still taken no action at all to consider climate change when conducting monetary policy, and its progress on disclosure and supervision is having only a moderate impact.

Meanwhile, the European Central Bank (ECB) is a standout performer, boosted by several measures to integrate climate considerations into its market operations. The People’s Bank of China (PBoC) and Bank of Japan (BoJ) are both praised for their ongoing green lending schemes, but marked down for supporting fossil fuel sectors.

The Federal Reserve has fallen from 14th to 16th place in the latest edition of the scorecard. It is the worst-performing central bank in the G7 and comes in two places behind the Bank of Russia.

The central bank has taken no action to consider climate change in its monetary policy operations, although chair Jerome Powell has said he expects this is something the bank will do in the longer run.

Although the Fed plans to undertake a pilot climate scenario exercise next year, this will be limited to a handful of the largest institutions and will not have implications for banks’ capital requirements. The scorecard therefore deems it a “low impact” measure.

Proposals from the Securities and Exchange Commission (SEC) for mandatory climate risk disclosure are thought to be of moderate impact, as are draft climate risk principles put forward by the Office for the Comptroller of the Currency and Federal Deposit Insurance Corporation. The SEC rule is still subject to intense political wrangling and its introduction has been delayed.

Michael Barr recently took office as vice chair for supervision, and Alex Martin, a policy analyst for American for Financial Reform, challenged the new regulatory chief to ensure the Fed “makes up lost ground” relative to its peers.

Despite commitments this year on climate bank supervision and scenario analysis, @federalreserve falls farther behind its international peers to 16th worldwide on climate risk.

Does the new VCS have what it takes to make up lost ground? https://t.co/h2W9H9l2mb

The ECB retains fourth place in the latest edition of the scorecard, beaten only by national central banks in the Euro area.

This reflects a commitment from the ECB to limit the amount of carbon intensive assets financial institutions can use as collateral when borrowing from it. The ECB has also pledged to decarbonise its own portfolio by aligning its corporate bonds with 1.5ºC of warming, and is considering implementing a green lending scheme, whereby it would offer cheap financing for loans towards climate and nature-friendly activities.

The ECB’s ranking is also improved by the fact it is considering applying climate-related quantitative and qualitative restrictions on banks’ portfolios, which the scorecard deems a “high impact” policy. The BoJ is ranked in the top half of G20 central banks, rising one place to eighth.

In addition, the BoJ has conducted a pilot scenario analysis with participation from six major banks and non-life insurance groups.

Detrimental to the BoJ’s performance is the fact it still purchases fossil fuel assets and allows them to be used as collateral by financial institutions.

The PBoC, which topped the first edition of the scorecard, has now fallen to sixth place.

Its standing benefits from continuing and expanding its carbon emissions reduction facility. Governor Yi Gang said in June that the PBoC’s green finance instruments had provided over US$31bn to banks in the country.

However the bank is penalised for asking domestic banks to favour coal production.

Although the PBoC has conducted stress tests of 21 commercial banks and two development banks, these have been relatively limited in scope. They do not assess the impact of physical risks, focusing only on the effects of increased emissions costs on asset quality and capital adequacy levels. The scorecard deems the PBoC’s stress tests a “low impact” measure. 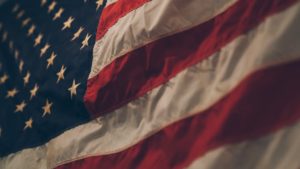